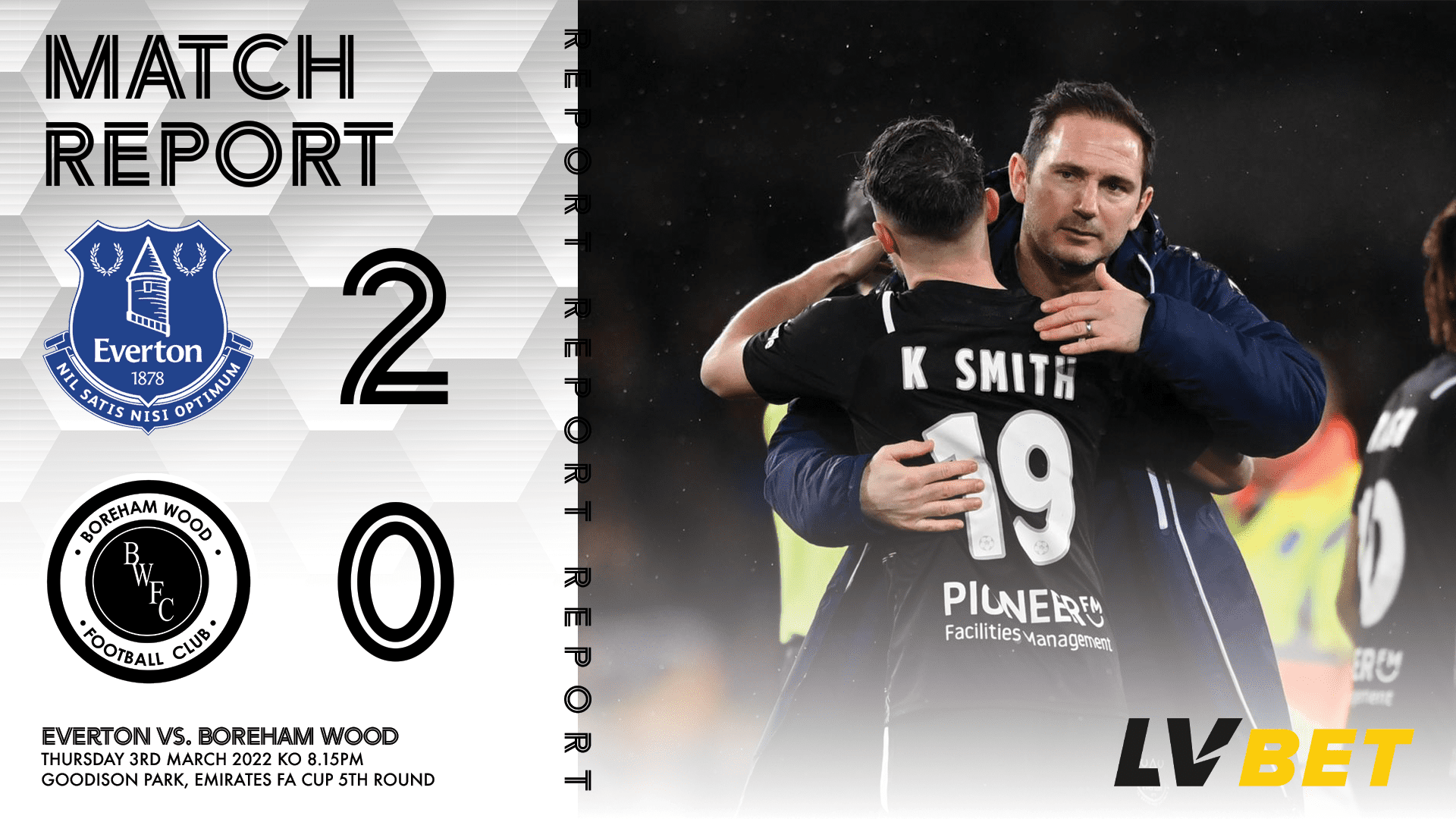 It was a valiant effort and a memorable run, but the Wood’s FA Cup journey came to an end after a second half brace from Salomon Rondon was enough to knock the National League side out of England’s oldest competition.

The first half was one many would have expected, with Everton bossing possession as well as any chances that came. Fortunately for the Wood, they remained organised and restricted the Toffees to half chances at best, with Anthony Gordon perhaps having their best chance of the half after having his effort parried by Taye Ashby-Hammond before Jacob Mendy Mendy got it clear.

The hosts pushed right from the start though, with Andros Townsend attempting to test Ashby-Hammond just nine minutes in, but after cutting in from the right he struck his shot over the bar. Abdoulaye Doucoure, who was pulling the strings in midfield throughout, went close a minute later but he put his effort into the side netting from a tight angle. Rondon will have been relieved to see the offside flag after a threaded through ball put him one-on-one with Ashby-Hammond, as he fired well over the crossbar from close range. Nonetheless, the quality of a Premier League side was shining through.

This quality would enhance after they got the ball rolling for the second half, with the Toffees pressing more intensely and getting into better goalscoring positions. Vitali Mykolenko started this period just three minutes after the break, when he played a teasing ball across the face of goal towards Rondon who was unable to get a touch as he slid in, with the cross just begging to hit the back of the net.

The Venezuelan would go close again two minutes later, heading over a golden opportunity from a Jonjoe Kenny cross. The Wood were afforded a rare chance however when Everton sloppily gave the ball in the way in the middle of the pitch, with it falling to Tyrone Marsh who tried an audacious lob from distance which went well over the crossbar.

A goal was coming, but unfortunately it wasn’t for the away side, and as the game reached the hour-mark Frank Lampard’s side showed what they were made of. After a lovely through ball put Rondon in on goal, he made no mistake as he slid past Ashby-Hammond with a good finish to give his side a deserved lead. Unsurprisingly, it got even more difficult from here on out. Michael Keane rose highest to head over a Mykolenko corner and Gordon weaved in and out of a couple of challenges before firing goalward, with Ashby-Hammond behind it.

The Wood stopper made another excellent save when he got down well to deny Gordon again, with the youngster firing high over the crossbar from close range shortly after. They soon made the pressure count, as substitute Richarlison made it two with a fortuitous touch after a cross from deep seemed to just hit him, but luckily VAR would rule this out for handball.

The Brazilian was determined to get his goal, and shortly after tested Ashby-Hammond with a vicious effort from distance that required an excellent low save. Good things must come to an end eventually though, and as Rondon headed home despite Ashby-Hammond’s best efforts to finally secure their second goal six minutes before full time, this also marked the end of an unforgettable run in the Wood’s history.

The fairytale is over but not without making history, and with the fans staying long after full time to congratulate Luke Garrard, his staff and his incredible group of players, who have given our club, our town and our community so many wonderful moments, there is little doubt what this small football club from Hertfordshire can accomplish.