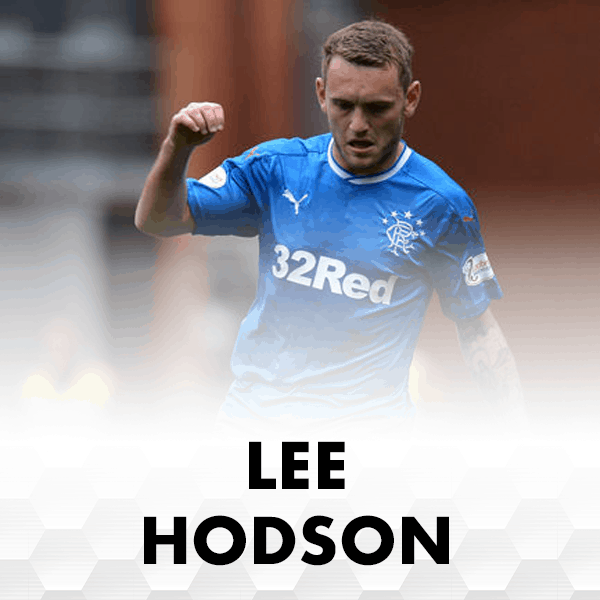 ‘Hoddo’ started his time within the youth set up here at Meadow Park in 1999 before the BW PASE Academy had started, but played within our then renowned youth set called Boreham Wood 2000. However, he played in a very strong team and in 2004 he was amongst a number of players who were ‘cherry picked’ by Football League Academies and he joined Watford FC as a youth team player.

Hodson would go onto enjoy nine years at Vicarage Road as a youth team and later first team player, making 83 appearances for the Hornets, scoring one goal. Since then Lee has gone onto make over 200 professional appearances with the likes of Brentford, MK Dons, Glasgow Rangers, Kilmarnock, St. Mirren, and most recently Gillingham.

In addition to his club career, Lee also represents Northern Ireland on the international stage (famously assigned to man mark one of the world’s greatest ever players Cristiano Ronaldo when Northern Ireland played Portugal.) In 2016, Lee was part of the Northern Ireland squad that reached the knockout stages of the European Championship, losing to eventual semi-finalists Wales in their last 16 tie. 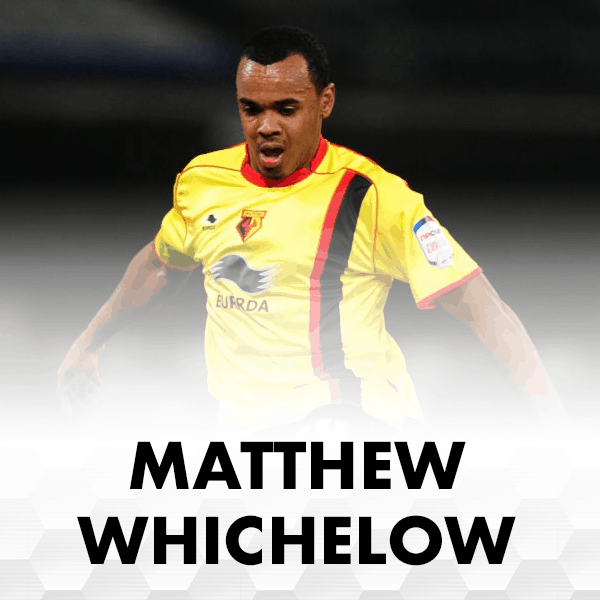 Matty was a part of the same group at Boreham Wood 2000 as Lee Hodson, both joining the Watford FC Academy in 2004.

Unfortunately, loan spells with Exeter City, Wycombe Wanderers and Accrington Stanley couldn’t secure him a permanent deal to remain in the Football League, but this was much to the advantage of Boreham Wood, as Whichelow returned to the club after a nine-year absence. 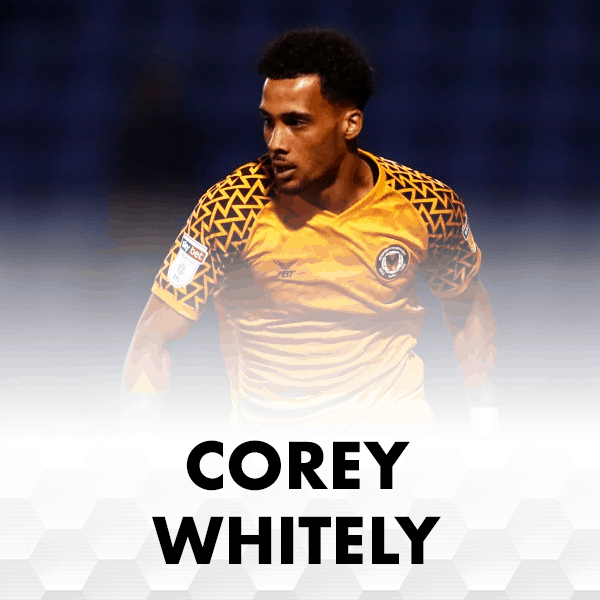 Corey started his time with the BW PASE Academy back in 2007, when the Academy was at its early beginnings. In truth the club, the Academy and its facilities are unrecognisable to what they are like now.

Corey was a bright spark within the Academy but found it difficult to break through into the first team on a consistent basis, leaving Meadow Park with three first team appearances to his name.

At that point, Corey entered the ‘non-league circuit’, with spells at Waltham Forest and Cheshunt, before joining Enfield Town in the Ryman Premier Division, where he really made a name for himself. During his time at the Queen Elizabeth Stadium, Corey made 120 appearances for Enfield Town, scoring on 46 occasions.

This led to Corey’s big move to Dagenham & Redbridge, where he made 66 appearances, scoring 23 times, before National League big spenders Ebbsfleet United came calling, making 59 appearances, scoring 11 goals. During his spells with the Daggers and Ebbsfleet, Corey would make the National League play-offs on two occasions, which led to 2018/19 League Two play-off finalists Newport County vying and later securing his signature in the summer of 2019. 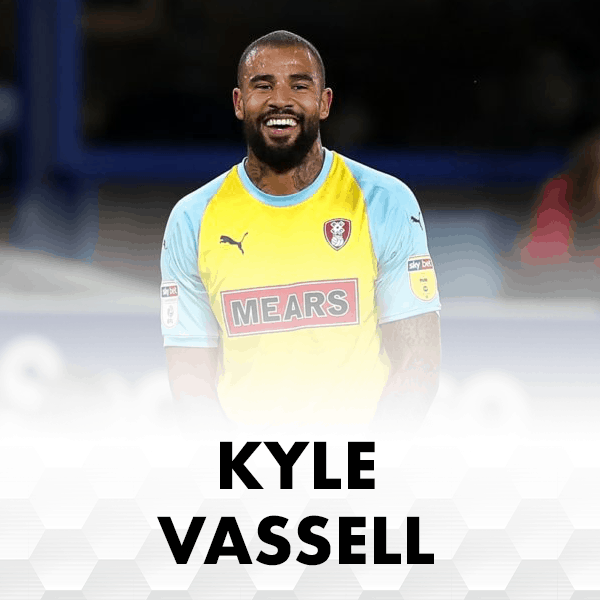 Kyle is another player from the Boreham Wood 2000 era, developing his game with us here at Meadow Park over a 4-year period before signing with Norwich City as a youth team and later Brentford on a scholarship terms.

During his time at Griffin Park, Kyle found it difficult to break into the first team set up, and eventually had to fall out of the Football League to get his chance at first team level. After 3-year period with a host of non-league semi-professional sides, Kyle signed with Bishop’s Stortford of the Conference South, and this is where he really made a name for himself as a dynamic and powerful goalscorer.

After a cintilating cup run to the FA Cup First Round Proper against Northampton Town, scoring 16 goals in 16 games prior to that game, League One Peterborough United came calling and Kyle signed two-and-a-half-year deal at the London Road Stadium. Kyle would go onto make 28 appearances for Peterborough before joining Blackpool in 2016.

It was at Blackpool where Kyle made his mark within the Football League, and over a two-year period with the club Kyle made 63 appearances for the Tangerines, scoring 22 times. During this time Kyle played a pivotal role in winning the League Two play-offs.

It was his time at Bloomfield Road that had Championship sides vying for his signature and in 2018, Kyle signed for newly promoted Rotherham United of the Championship.

In addition to his club career, Kyle also represents Northern Ireland on the international stage, making his debut against Austria in the UEFA Nations League in October 2018. 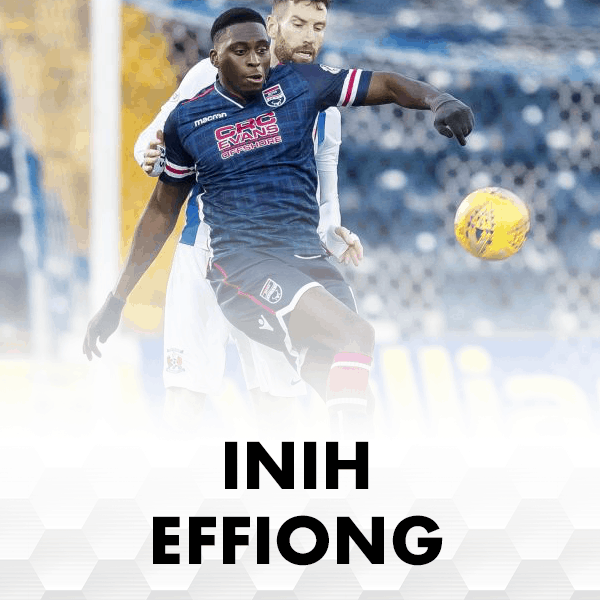 Powerful striker Effiong joined the BW PASE Academy in 2009 from neighbouring St. Albans City, and was immediately included in the first team set up here at Meadow Park.

Inih would experience two spells with the club. Originally as an Academy player and on the fringes of the first team whilst in the Ryman Premier, Inih would return to Meadow Park in 2011 in the Conference South, spending two seasons with the Wood making 33 appearances.

Inih has now made well over 400 professional and semi-professional appearances, enjoying spells in the Scottish Premiership with Ross County, as well as the National League with Barrow, Woking and most recently Dover Athletic.

Prior to Effiongs release from Dover Athletic he scored 16 goals in 38 appearances during the 2019-20 season and has since signed with EFL side Stevenage FC ahead of the 2020/21 season. 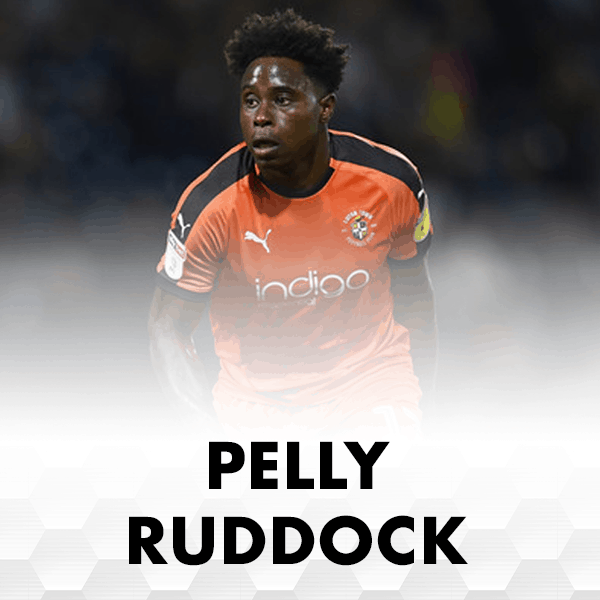 Pelly joined the BW PASE Academy in 2009 having previously only played Sunday League football, but his physical and technical abilities were apparent for every Academy coach to see.

At the end of his first year, Pelly had established himself as a pivotal player within the Academy as a powerful box-to-box midfielder which earned him the opportunity to train with the first team. Pelly grasped this opportunity with both hands, and by the time the following season had started Pelly was included in the starting XI, making his debut for the club against Havant & Waterlooville in the Conference South on the opening day of the 2011/12 season.

It was this run in the first team at the tender age of 17-years-old which made Premier League and Academy giants West Ham United come calling, and Pelly signed a two-a-half-year contract with the Hammers.

Pelly would only make a single appearance for the Hammers in a 2-0 away win against Burnley in the League Cup. Then Hammers Manager Sam Allardyce commented, “This was their big chance. Three players, all defenders, Pelly Ruddock, Dan Potts and Leo Chambers, can feel very proud of themselves, what they’ve done.”

Despite this remark, Pelly would join Luton Town the following season on a permanent basis in 2014. Pelly quickly became a cult hero at Kenilworth Road for his endless endeavour and energy, as well as some sublime goals from time-to-time. Pelly has now made over 200 appearances for the Hatters, helping them to earn three promotions during that period from the Conference Premier in 2013/14, EFL League Two in 2017/18 and League One in 2018/19, making him the most decorated BW PASE Academy professional we have produced. 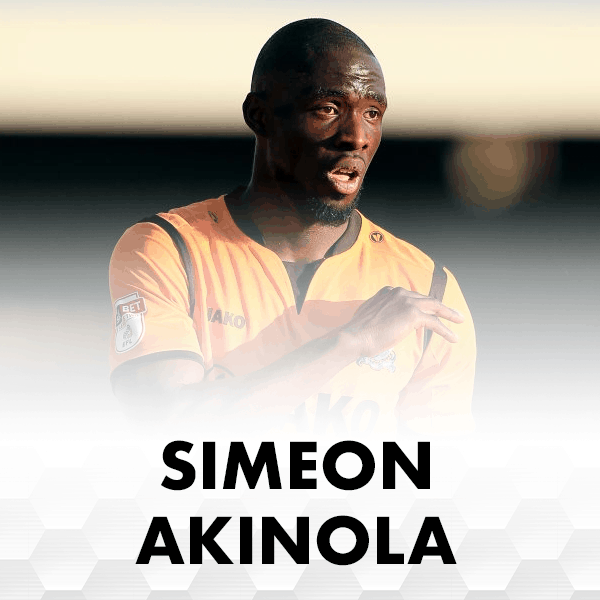 Simeon joined the BW PASE Academy in 2009 and quickly made a name for himself within the Academy set up scoring 53 goals in his first season as an Academy player.

Simeon would spend a further two seasons here at Meadow Park but couldn’t nail down a regular starting place, making 21 appearances for Wood and scoring twice during this time.

After brief spells with Billericay Town and Harrow Borough, Simeon would joined Conference Premier side Braintree Town under Danny Cowley. This is where Simeon would make a name for himself and enter the radar of many Football League sides. During his time at Cressing Road, Simeon would make 104 appearances scoring 19 goals.

However, Braintree couldn’t keep hold of their prized possession and Simeon joined Football League side Barnet for a reported £40,000 transfer fee on 1st January 2017, making his debut just days later against Plymouth Argyle. 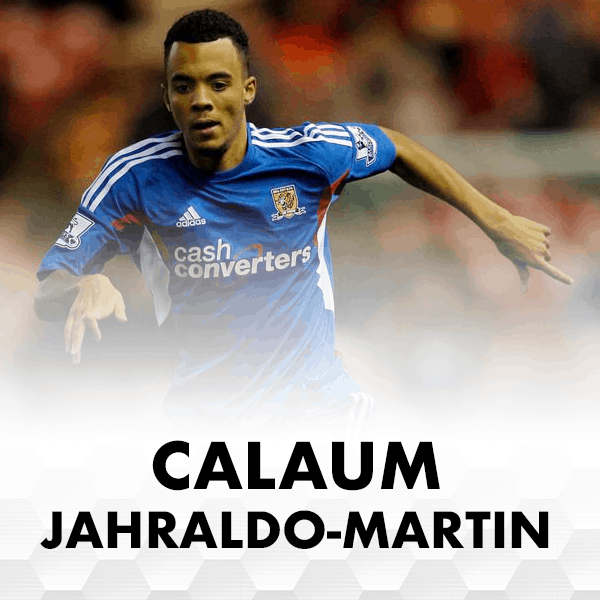 Calaum spent just a single season with us here at the BW PASE Academy, but it was a hugely influential one for him, as it would set him on his way to become a professional with Premier League outfit Hull City.

Unfortunately, during a 3-year period with the Tigers, despite huge promise, Martin would only make a single first team appearance, against Middlesbrough in The FA Cup.

In addition to his club career, Calaum also represents Antigua and Barbuda on the international stage, competing in the Caribbean Cup, CONCACAF Nations League and World Cup qualifiers. 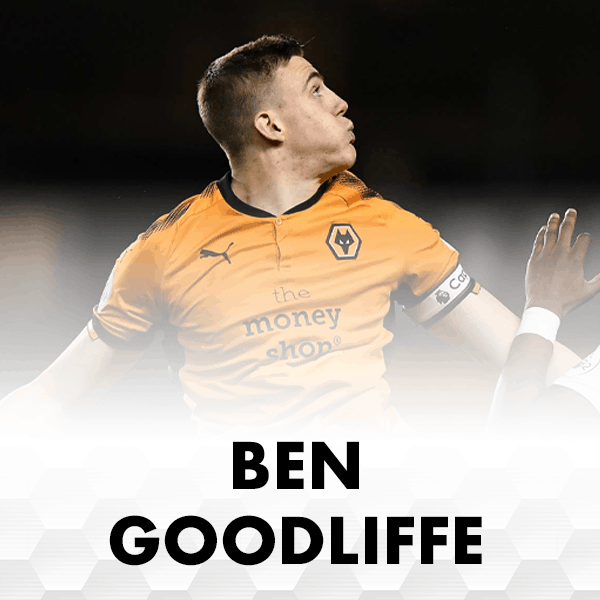 Ben joined the BW PASE Academy in 2017 and quickly became a highly regarded player within the Academy amongst staff and players alike. After earning his first start for the first team away to Tranmere Rovers in the National League, as well as captaining the English College’s FA, Championship side Wolves came calling.

Ben signed a two-and-a-half-year deal at Molineux, enjoying a successful loan spell with Dagenham & Redbridge, before signing permanently with Sutton United of the National League in the summer of 2019. 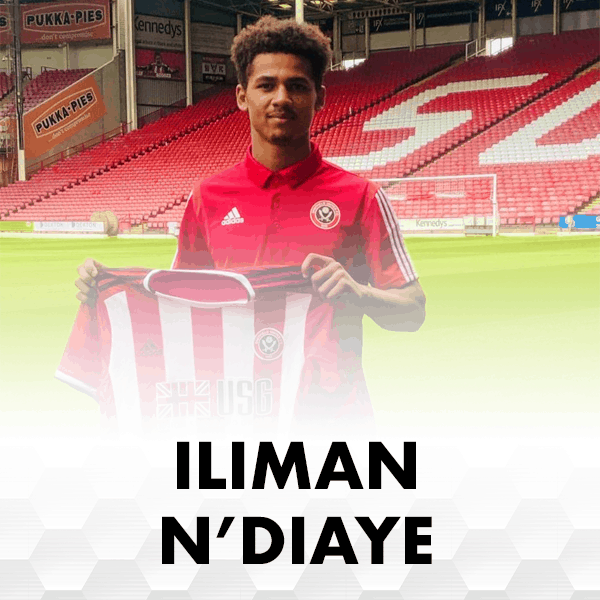 Iliman joined the BW PASE Academy in 2016 and earned a first team contract with the club in November 2017.

Iliman was a pivotal player in our Academy winning five National titles between 2017 and 2019, and his performances resulted in lots of attention from professional academies, including trials with Bristol City, Chelsea and Sheffield United.

Ultimately, Sheffield United would won the race for his signature, signing a professional contract at Bramall Lane in August 2019. 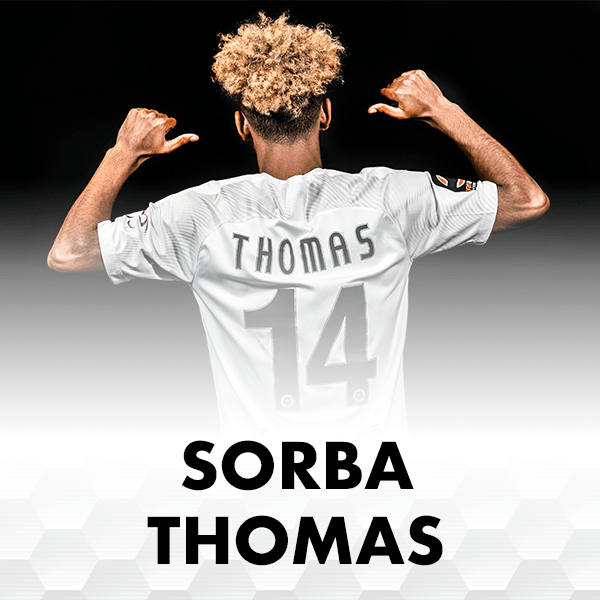 Sorba is the latest BW PASE Academy player to graduate to our first team here at Meadow Park.

During his time with the Academy, Sorba was the figurehead of our attacking line, which helped the Academy win five National titles between 2017 and 2019.

During the 2017/18 season, where Wood reached the National League promotion final at Wembley Stadium, losing out to Tranmere Rovers for a place in the Football League, Sorba came on in an attempt to salvage an equaliser, fulfilling every boys dream of playing under the arch at the iconic Wembley Stadium.

The 2018/19 season was somewhat of breakthrough season for Sorba within the first team set up, making 32 appearances in the National League.

In August 2019, Sorba put pen to paper on a new three-year contract here at Meadow Park. Following this Thomas made 34 first team appearances in the 2019/20 cut short season including 2 playoff games that took the team to the National League playoff semi-final game in Harrogate.

In the 2020/21 January Transfer window, Sorba Thomas signed a 3 year contract with Championship side Huddersfield Town FC. Thomas earned his place on the first-team squad a week after his arrival, after producing two assists in his debut under 23’s game. 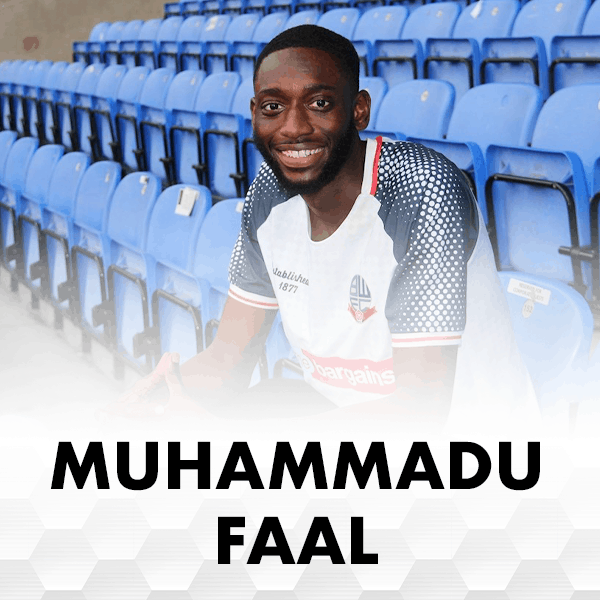 Faal joined the PASE Academy 2013 and was on the program for 2 years.

He started at our satellite site in Enfield and played for our U19s National League blue side, where he impressed the coaches at the club and was swiftly moved into the elite squad. In just his second year of playing at the PASE Academy Muhammadu defeated Thurrock on penalties in the FA Youth Cup. After completing two years at BW PASE he moved on and plied his trade in Serie D.

Faal spent three seasons in Italy playing for L’Aquila and San Gregorio. Upon his return Muhammadu made appearances at clubs such as Dulwhich & Hamlet, Kingstonian and Enfield. In 2020 the 6ft 5′ striker was signed by EFL side Bolton Wanders on an 18-Month contract.