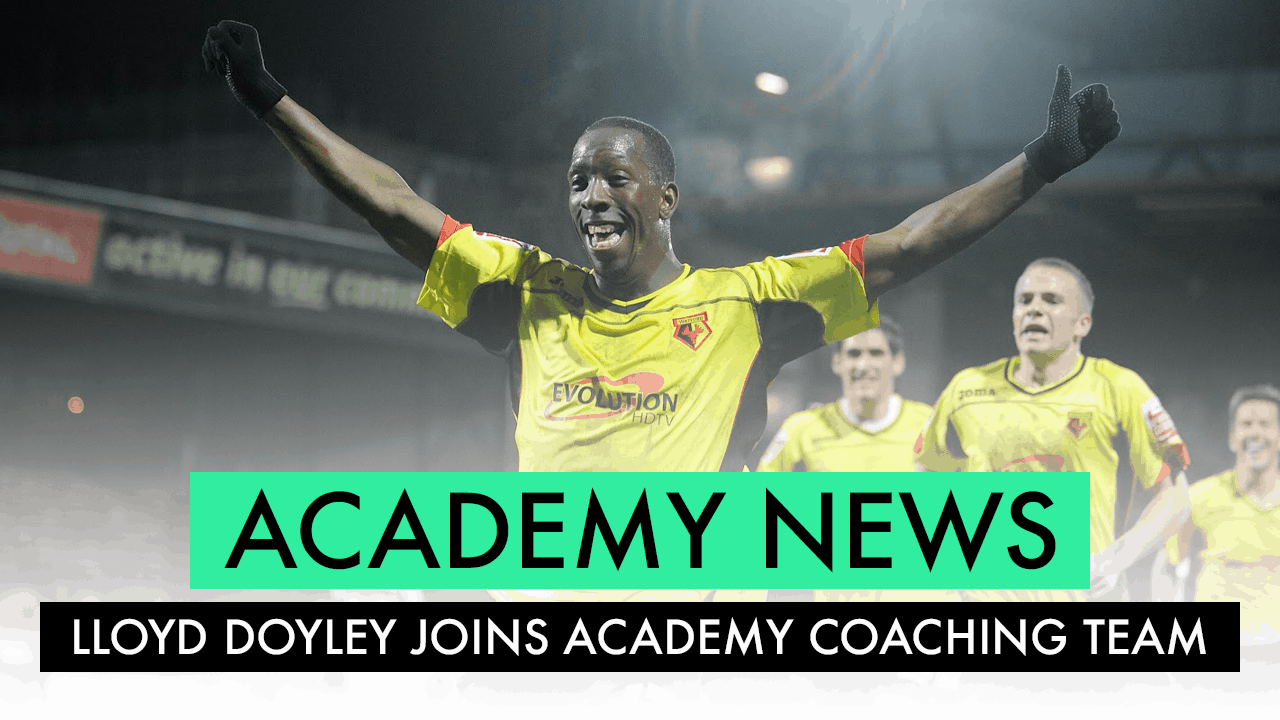 Doyley came through the renowned Watford Academy before going onto claim legendary status at Vicarage Road making 443 first team appearances in 14 years with the club, which most notably included promotion from the Championship to the Premier League in 2006.

After his time at Vicarage Road had come to an end in 2015, Doyley had stints with Rotherham United and Colchester United at Championship and League Two level respectively. Doyley has not only played in the Premier League but has represented Jamaica at a full international level, making nine appearances in 2013 and 2014.

Doyley will be bringing his wealth of experience, knowledge and coaching expertise to our young players at our BW PASE Academy on a day-to-day basis.

Upon Lloyd accepting the position, First Team Manager Luke Garrard commented, “We are delighted that Lloyd has come onboard within the coaching team on a day-to-day basis. Lloyd had done some sessional coaching with the Academy boys last year and earlier this year prior to COVID, but since the Academy has returned following lock down, we have been searching for a knowledgeable and experienced Academy coach to join our coaching lineup, and of course Lloyd more than fits that mould.

“Having seen Lloyd at work as a player, and later as a coach, it is apparent he has knowledge and experience in abundance. I am delighted that a coach of Lloyd’s stature, having played at the pinnacle of English domestic football in the Premier League, as well as internationally with Jamaica, has come onboard with the Academy.” Garrard concluded.

Want to be coached by our outstanding coaching lineup, including Lloyd Doyley? Your last chance to join the BW PASE Academy for the 2020/21 season is our final trial of 2020 next Monday, 26th October at 1pm.

You could be a part of our BW PASE Academy and experience the outstanding level of coaching that we have on offer here at Meadow Park. For more information regarding our last trial of 2020 or to apply, please click here.