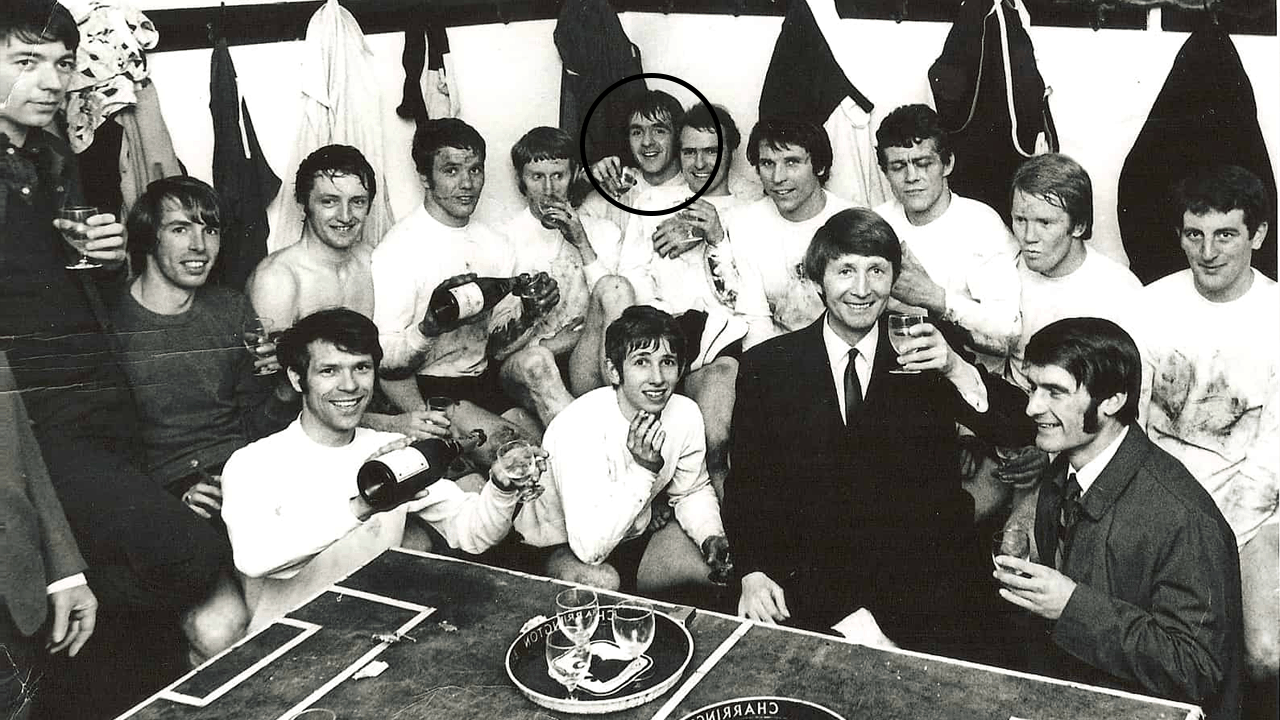 A heartfelt tribute to Micky Jackson has come from our Chairman Danny Hunter this evening, who’s raided his memory bank.

My first recollection of the great Micky Jackson was as a young boy, when I was just 6 years old, and Jacko was playing for my old Dad Mickey Hunter.

Dad back then, if I remember correctly, was ably supported by three other local men in the late, great Vinny Cook, the incomparable Les Baker and local man and trainer Dickie Durrant and the season was I believe 1968/69.

In truth, those very loyal club men above, helped build this football club, they helped build a team, they created a backs to the wall spirit, they insisted on team unity and in truth together they, along with others, became a team of serial winners and a true band of brothers.

Back then the team was mainly made up of local lads and Wood legends like Jacko, Jimmy Howard and Bill Lloyd. I suppose if we were talking in metaphors, then defenders like Billy Belger, Tommy Rowen, Stuart McLean and Bill Lloyd were perhaps the insurance policies. But it was always Micky Jackson, Wilf France, Les Varney and John Smith who were the mortgage.

Why? Because our strikers were the best in the Athenian league and it was their goals that brought the Athenian League Division 2 title to Meadow Park. There were also many others back then who played with such distinction and were also great lads who lived no more than 10 miles from the ground, honest men like Doug Crilley, Tommy Rowen, Paul Darling, Jimmy Noble, Teddy Goldney and Ray Kierstenson.

Even as a kid we all knew we had great captains in Billy Belger and John Sneddon, we also had a great social structure, great management team, plus we had the skill of the diminutive Johnny Higgs and the athleticism and guile of Roger Grant.

But in truth, and I will say it again, we also had the best four strikers in the league in big Micky Jackson, Les Varney, Wilf France and John Smith.

Dad often told me that that was a team of real men, with Jacko as it’s star. They knew they gave him so much happiness and joy because they were big characters, who had playmakers, destroyers and finishers amongst them and in truth it was a joyous time to be a Wood supporter.

Though we were promoted as Champions, Dad kept that side together, he added one or two but he was proved right, just a year later when they went and did it again by winning back to back promotions and yes, you’ve guessed it, big Micky Jackson was the star of our show.

Soon after the 1969/70 season finished, Dad resigned due to the club being the only one at the level, not to have floodlights and I was devastated… but the Jackson and Hunter families remained life long friends and my heartfelt sympathy and sadness goes out to Micky’s wife Chrissie and the boys.

For many years after I’d grown up and was working in the film industry, I often enjoyed Jacko’s company over a beer or two and always enjoyed his storytelling and reliving those halcyon days. I also very much enjoyed his company on the golf course, when we played in the Monday swindle at Arkley Golf Club.

I especially remember a very poignant day, when many of those players visited my Father, when they knew he had little time left due to illness. That is a memory I’ll treasure, as they all sat in Dad’s garden until the sun went down, reliving old memories, sharing and swapping stories and it must be remembered it was from a bygone era… but it showed me that all those years later, they were still that unbreakable band of brothers, who had each other’s back.

Jacko is no doubt already sharing a pint and a story with his friend, and another Wood legend, in Micky Lennon who we also lost this week. So, though both Micky’s have now left this world, they have left memories that we still talk about and share and when we talk about Boreham Wood Football Club legends they are right up there with the very best of them.

GOD BLESS YOU JACKO, SAY HI TO DAD AND LOOK AFTER MICKY LENNON.

Thank you for the memories.

Danny and all at BWFC